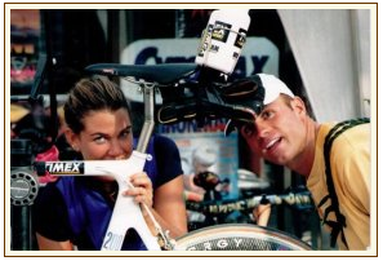 The Billion-Dollar Secret Weapon Is Humor

​By Mitch Thrower
​
THE IMPORTANCE OF laughter in managing your business relationships is often neglected. This is a mistake. By knowing how to make people laugh, you open yourself to spending time with friends and laughing so hard you can barely breathe.

In the early '60s, my dad liked going to New York's trendy 21 Club with his friend, Charlie King, who liked to drink and laugh. According to my dad, Charlie was a big fella. When Charlie told stories at the bar, my dad would laugh so hard tears came to his eyes. And as Charlie laughed along with him, everyone around them wanted to know what was going on.

Dad recalled one occasion when Charlie, unhappy about someone's curious ears at the bar, walked over to the eavesdropper. With a big smile on his face, Charlie reached his arms out and gave the man a big bear hug. It was a hug so tight that the man could not move. In the full grip of his hug, Charlie picked the man up, and carried him to the door and simply said,

"I think you'll be going now." Dad was bent over the bar, still laughing. He loved to spend time with Charlie, but knew that Charlie was having a tough time in business. His good humor was masking his personal pain. He was a salesman with a great sense of humor, but he was not selling anything.

Dad knew that Charlie possessed the right personality for natural success, but lacked the jumpstart necessary to get his big break. So Dad, who was the president at WPIX-TV in New York, had a simple idea that he discussed with Charlie over dinner. The idea was for Charlie to try to secure the rights to a show for his television station in New York and the tri-state market. Dad told Charlie that he would put $50,000 in escrow and if he was able to secure the rights to this show, Dad would give Charlie the $50,000.

Charlie secured far more than he was asked to. In my dad’s words, “Charlie secured an ungodly number of rights for an ungodly number of episodes.” Charlie had secured the rights to the Our Gang comedies, otherwise known as the Little Rascals, and received his $50,000. Charlie then started his own syndication company out of his kitchen in New Jersey and sold the Our Gang comedies in other markets. His company, which was called King World Enterprises, with the astounding management skills of Charlie's two sons, Michael and Roger, ultimately became one of the most successful syndication companies in the world. It was sold to CBS in 1999 for $1.8 billion.

LESSON: When you think about the people you know at work and in your personal life, you almost always remember the ones who are funny, and these are the people you want to be around. An essential ingredient in friendship is humor. One of the best-kept secrets of a sense of humor is to listen, because everyone has a different idea of what's funny. Some people love the movie Office Space; some people love Robin Williams; others prefer Curb Your Enthusiasm.

The common mistake many executives and managers make is that they fall into critical humor—making fun of others. Respectful humor that supports others will open a new world of opportunities for you. Critical humor may solicit a laugh, but it will make others question whether you'll ridicule them when their backs are turned. Be funny, but be supportive.

Mitch Thrower is an author, financier, triathlete, entrepreneur and philanthropist living in La Jolla, California and New York City, he can be reached at mitchthrower@yahoo.com.